Warning: "continue" targeting switch is equivalent to "break". Did you mean to use "continue 2"? in /homepages/5/d594879240/htdocs/org/prod/wp-includes/pomo/plural-forms.php on line 210
 Maxine Waters Archives - Save Keiro
MENU 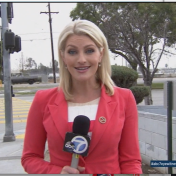 Chelsea Edwards of Eyewitness News, Channel 7 Los Angeles covered the press conference headed up by Congresspersons Maxine Waters and Judy Chu, who have both opposed the sale of the Keiro facilities and the way that the Attorney General handled the matter.  They are ready and willing to do whatever it takes to stop the sale of Keiro and to… Read more » 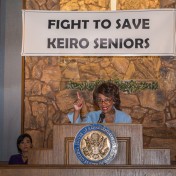 Photo Gallery of the Maxine Waters/Judy Chu press conference held on Thursday, January 14, 2016 at the First Southern Baptist Church, located across the street from the South Bay Keiro Nursing Home in Gardena. The two Congresswomen have been staunch supporters of the SaveKeiro effort and this recent press conference was to reassure the community that they continue to pressure… Read more »

News Media in Attendance The Maxine Waters/Judy Chu press conference held on Thursday, January 14, 2016 at the First Southern Baptist Church, located across the street from the South Bay Keiro Nursing Home in Gardena, had a full house, SRO audience of concerned individuals regarding the sale of the Keiro facilities. Media that attended the press release included ABC 7… Read more » 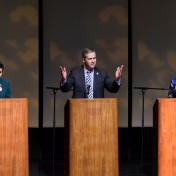 Judy Chu, David Hadley, and Maxine Waters Voice Their Support to SaveKeiro! The Town Hall Meeting was graced with the presentations by 3 politicians who voiced their support to get the Attorney General to put the brakes on the sale of the Keiro facilities and to schedule a public forum to allow the community to voice their concerns and opinions… Read more »

On December 21, 2015, the following correspondence was sent from the Ad Hoc Committee (AHC) to the Attorney General for failing to deliver answers to questions raised during the November 24, 2015 meeting. The AHC gave the AG Office ample time to respond, yet nearly a month later had yet to hear from the AG. In response, the Tania Ibanez… Read more »

Attorney General Sends Staff from San Francisco and Sacramento to Meet with the Ad Hoc Committee to Save Keiro LOS ANGELES: November 24, 2015 – Two days before Thanksgiving, the Office of the California Attorney General (“AG”) committed three staff members to fly down from their San Francisco and Sacramento offices to hear representatives from the Ad Hoc Committee to… Read more »

Breaking News! On November 4, 2015, U.S. Congressperson Judy Chu (27th District, CA) along with 15 other Members of Congress signed and sent a letter to the Attorney General, Kamala Harris, asking for the postponement of the sale of the Keiro facilities to Pacifica Companies until a public hearing is held, and to take into account the results of that… Read more »